Disclaimer: None of these pictures are mine, I had them saved on my computer for my own use and never really had intended on making something with them, so I don't have sources, but they're not mine!

Timmy had stoner hair for a long time, then at the beginning of the 2013 season, he cut it all off. While it makes him look about ten years older, it may have also worked like Sampson and Delilah stripping him of his freak powers. 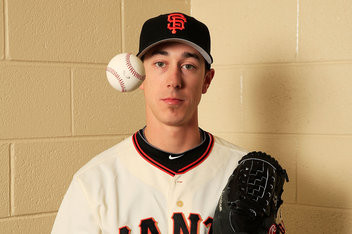 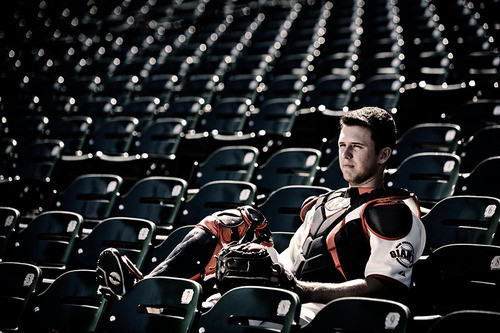 Buster ain't having it

He is only 25, and has two World Seris trophies, an NL MVP, has caught Matt Cain's perfect game (I don't have a hockey analogy for this), and has just caught Tim Lincecum's no-hitter.

Most people came here because of Buster's propensity for sweeping his teammates up in bear hugs. Which honestly, doesn't happen all that often. But when it does... 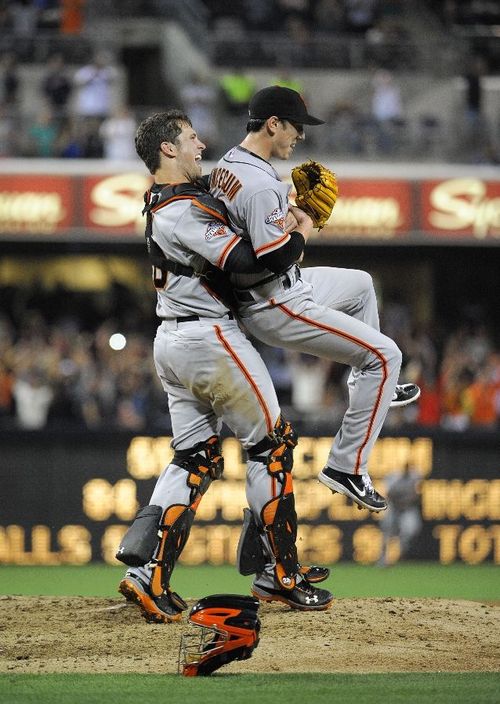